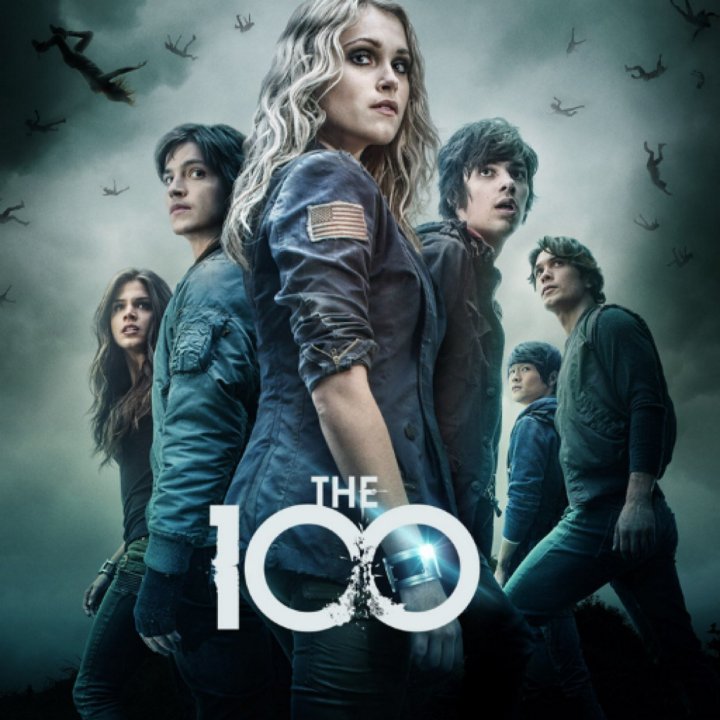 First off, if you call this show “The ONE Hundred” then get off my blog right now. Lol seriously though, simply “The Hundred” okay? (Stop being so extra)

This show does my head in, turns me inside out, puts my emotions on edge….but in a good way *nervous laugh*

After multiple recommendations from friends, and my initial reluctance to get sucked into another dystopian world-style show after having watched ‘Terra Nova’ and gotten NO closure whatsoever, I decided to get this one a go.

What’s it about? Without giving too much away, it is set in a post apocalyptic world where humans left a world destroyed by nuclear destruction to live in space, and are now making an attempt to return. And there a lot of surprises awaiting them on “the ground” *cue dramatic music, and Radioactive by Imagine Dragons*

To be completely honest, after watching the first episode I was under the impression that the show was a little over-dramatic and unrealistic (well as far as fictitious shows go anyway).
Regardless, my sister and I continued on, and by the second episode, we were hooked. The show became three times better with every passing episode. Fast-paced would be an understatement, this show moves at breakneck speed, not in that it’s difficult or in any way complicated to follow, but the terrible situations they find themselves in go from bad to worse to WORST with their crises escalating to the point where you can’t even begin to imagine a SINGLE possible solution in all the earth on how to resolve things, and so you watch in pained desperation and anticipation, then breathe a sigh of relief when deliverance comes from the most unlikely of places.

My favourite character would have to be Raven Reyes. The fact that she’s still alive and on the show in spite of everything that’s happened to her is reason enough-I mean, her boyfriend and best friend died (thanks Clarke), she was shot in the leg and almost paralysed (Thanks Murphy) and let’s not forget the torture she suffered on Mount Weather.  It’s her quick thinking that has saved their butts on multiple occasions.
Favourite season? Season 2 for sure. The entire Mount Weather fiasco took me on an emotional roller coaster.

Season 3 has left me dumbfounded thus far.  Can we please talk about the fact that Lexa. Is. Dead. You’re telling me that ONE BULLET was all it took to – *packs up belonging and leaves, before slamming the door behind me* Moving on (jokes still dying on the inside), never in a million years would I have guessed how big of a threat the computer program “Alie” would be.  The season finale of season 3 airs this Thursday, and you don’t wanna miss it!

Join 126 other followers
Follow The Here & Now on WordPress.com