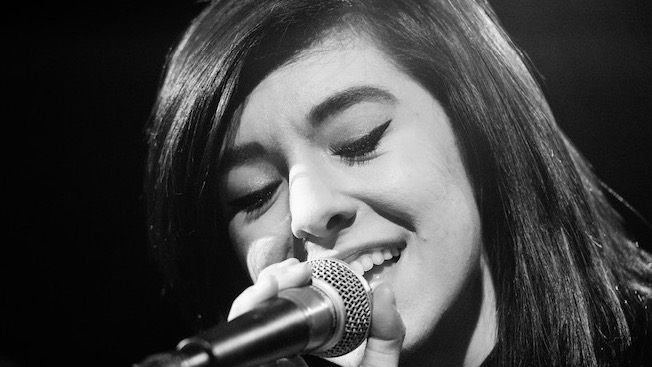 1 week. It’s been one week since the incident happened and I’m still mad. Confused. Devastated.
For those of you who might not already know,  Christina Grimmie, 22, is an American singer/Youtuber who  was shot and killed while signing autographs for fans outside the concert she’d been performing at with the band she was touring with, Before You Exit. She had her arms open ready to hug this man like any other fan, before he proceeded to shoot her. She had no idea.

I will not sit here and claim to be the biggest Christina Grimmie fan that ever lived, because I’m not. My sister showed me a couple of her videos back in the day and I was blown away by her vocals.

This girl’s voice is unreal. I hadn’t checked up on her recently, only hearing about how she’d gone on to be on the Voice. In the back of my mind I’d resolved to check up on her sometime. Then this happened.

I never expected to feel so deeply saddened by the death of someone I barely knew. But I guess as a person who dreams of doing what she did, make music and perform on stage, to think that something like this could have happened at a safe haven, a place as sacred to a music lover as a concert, makes me hate this world so much.
This just goes to show, once again, that stricter gun control laws in the U.S. are long overdue. How much longer are they, we, gonna watch people die?
I hate being angry. I hate it. So what I’ll take from Christina’s life is inspiration: to be a better person, to spread love and kindness to those around me, to not be afraid to follow my dreams. Life’s too short to do otherwise.
Rest in paradise Christina ❤

Weekend reset before the new week blew in 🦋🍃
Corona Open J-Bay lay day, circa 2018.
When days moved at a slower pace. Lemonade, sweet potato fries & people-watching at the beach.
“If you were to take away your resume, your title, your name tag, if you were to stop going to work, like honestly a lot of us are experiencing right now at this time, if you're just to sit at home and be with yourself, who are you?
Snapshots of an afternoon out of town the other week. ⛵
"Many times what we need isn't a change of scenery, but a renewed vision of what's already there. Take another look at your life, maybe the view is better than you think." 🌻🌞
The ✨ new & improved ✨ Jack's Bagels Walmer, ft me in the not-so-new sweater my Mom says that I wear too much 😬😂👀
Nothing like getting tossed around by the ocean to remind you that you're alive 😂🌊
<span>%d</span> bloggers like this: