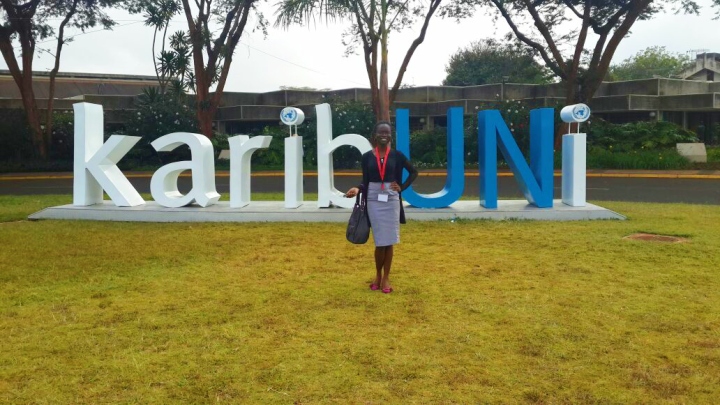 Do you ever have those moments when you swear on your life you’re never ever gonna do a certain thing, and then life’s just like “Hahaha, I’ve got news for you” ?

Well that was this thing, for me.

It’s an annual conference designed for high school students that simulates the activities of the United Nations Organisation. Think debates, voting on resolutions, sitting in various committees as well as a general assembly – the works! This all takes place at The United Nations Offices in Nairobi. Pretty official!

About 12 delegates per school are selected to participate in the annual conference.

Most high schools have the MUN program running as a club, so it’s up to you to join and get involved, and hopefully get a place as it is pretty competitive at times. I mean, we’re talking about 12 delegates out of a school of say, 300 to 400 students 😮

So how in the world did I find myself getting involved in all this?

When I first heard about MUN and the word debate surfaced I concluded pretty quickly that it was definitely not for me. The thought of being surrounded by arguably the most ambitious, driven and outspoken individuals in the entire region seemed rather off-putting to an introvert such as myself. Not to mention the pandemonium that MUN week brought, and whispers of “Who’s gonna be there?” “Ugh, him/her” “Have you finished your resolution?” “I need to go shopping for new outfits!” “Which committee are you in?” “Which country did you get?” filled the hallways. It all seemed rather intimidating, to say the least.

Friends never failed to ask why I wouldn’t join, my parents too, but I just did not see it happening. No matter how “fun” it supposedly was or “beneficial” it’d be to my high school experience. I didn’t wanna hear it, but I never heard the end of it either.

Fast forward to my A-levels and my best friend Wanjiku suggested joining. I was rather reluctant. Other people had been doing it for so much longer than me. What if I didn’t get in? What if I underestimated the amount of work it involved? What if I couldn’t handle it? What if I made a complete fool of myself?

In the end, thanks to Wanjiku, and a general urge to branch out and try things I’d never done before, I bit the bullet and gave it a shot. I’m so glad I have a bestfriend that encourages me to be a better person, that sets such an amazing example to follow.

Application forms were filled, after which the final group was asked to debate in pairs over a topic provided by our MUN advisor (basically a teacher from your school in charge of choosing the delegates, attending the conferences and debates with you, assisting you with writing up your resolution so that it’s the very best it can be and all that jazz). The final group was chosen and we all made it!

Although I am certainly not an MUN veteran (I mean, there are people who have done it from middle school level, right through high school level – kudos to you! 👏) having only attended 2 conferences, I thought I’d share my 2 cents nonetheless 🙂

I honestly had no idea what to expect going into it, and you never really know until you get there. I was antsy, nervous, but you should know that there’s no reason to be!

Most of your fellow delegates are pretty sociable, and looking to make new friends as well so nothing is lost in just putting yourself out there!

In regards to the debates, try your best to pay close attention to what’s being said (sometimes delegates are asked what they voted and why). As for getting up there and speaking, just go for it! I doubt there will ever come a time in my life when I’ll ever get the chance to address a crowd as large as the one I did during my first conference! It really is something special, one of those opportunities you really shouldn’t throw away. Those nerves? You’ll be surprised at just how much you’re capable of achieving when the moment presents itself. You have nothing to lose but everything to gain. Besides, the regret of not trying will eat you alive, it’s just not worth it. 🙈

4) Find a replacement for their current girlfriend/boyfriend

And then you’ve got the other end of the spectrum, those who are there to literally CRUSH, and I do mean ANNIHILATE all opposition in the debates . 😂

The first day of conference week is lobbying. This is when everyone pretty much tries to ‘sell’ you their resolution, tell you about it and convince you to vote for it. The real work begins the day after, where you’ll sit in your various committees representing the country allotted to you and debate and vote for resolutions dealing with solving various issues.

The debates are so engaging! A lot of delegates really give it their all and become so engrossed in what they’re talking about. Then there are those who are super witty and entertaining!

Formal. And WEAR. COMFORTABLE. SHOES. I mean, hats off to all those who dare to wear sky-high-heels, but if you’re a total clutz-o-maniac like me, don’t even try. The UNON grounds are beyond expansive, there’s an endless amount of stairs, and lemme tell ya, 9 out of 10 of the time you’re gonna be running late somewhere, not to mention rushing back and forth all day. Don’t torture yourself.

Another warning is about lunch break: the lines are outrageous. Tbh, I’d advise you to carry your own lunch if you can help it, but if you’re up for the fight, by all means bring all your cash and brave the lines.

Also, don’t you dare forget your badge. You must remember that this is the actual UN. Security’s job is to ensure you have identification. You won’t be granted entry without it.

I’m so grateful to have been a part of it all, even for the short time that I had. I learned so much about the world around me, I learned about countries I’d never even heard of before and met so many new people; people from my own school, people from countries I could only hope of visiting someday. Most importantly, I learned more about myself; not to underestimate myself, to go out there and dare to try new things!

I didn’t know how big of an impact MUN had made on me as a person, and my life till the very last day of our last conference arrived and my friend Jaaziyah and I couldn’t stop crying. 😭😂🙈

This program is so much more than just a bunch of kids putting on suits and ties or pencil skirts and trousers and mimicking UN delegates and ambassadors all week. This is a program that is truly shaping leaders, game-changers, and hey, maybe just maybe, a select few will actually end up working for the UN someday, who knows!

If you’re lucky enough to live in a city as international as Nairobi is, please do make the most of it! Take full advantage of it!

All in all, get in there and have fun. 🙂

If you’re an MUN veteran and I’ve left something out or provided misinformation, leave more tips and all in the comment section below so that we can help any first timers out!

You should totally read up on the official EAMUN site if you’re looking for some pre-conference inspo 🙂 I highly recommend it.

You’d be amazed at how many people come running when the word “selfie!” is shouted. 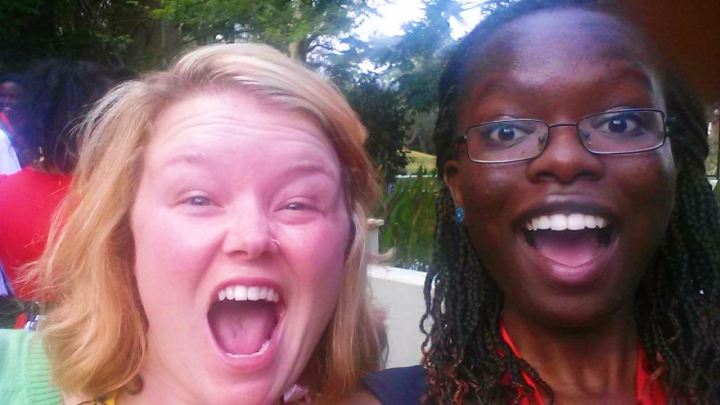 This is what happens when you’re beyond psyched to run into your Bible study teacher who just so happens to be the West Nairobi School MUN advisor.

P.S. you have to take a picture with the ‘Karibuni’ sign, it’s an unwritten rule. 📷 even if you have to wait for every other kid from every other school do it before you get a chance to 😂

Escaped reality for a little while. 🦋🌈🌊
Putting my worries to rest and rising with the sun.
Dec/Jan memories. 🇰🇪
Home of the perfect wave 🌊🌈✨
Caked in sand from head to toe but still grateful for beach days 💘🌊💘🌊
Actually remembered to bring a towel this time. 🏖️
A collection of window seat pictures. 🦋⛅
Mornings like these 🌊🌺☀️🍃🦋🌸🌼🦈
Loading Comments...
%d bloggers like this: