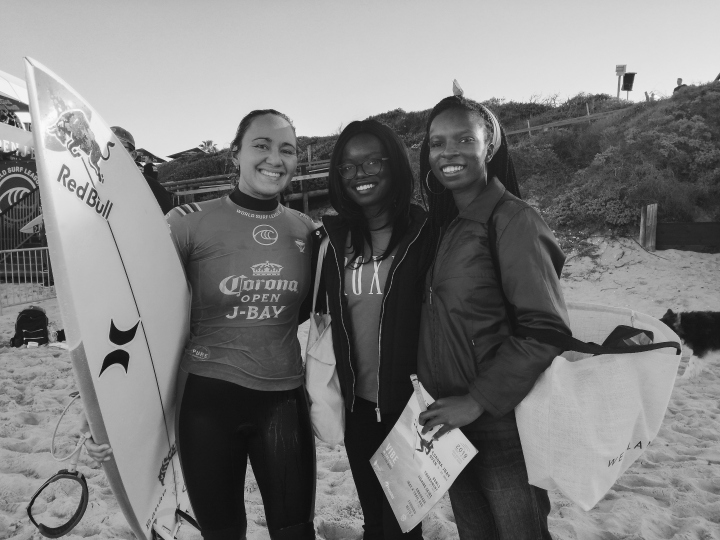 Sunshine, stunning seascapes and the best right-hand point break in the world – there are a lot of reasons to love Jeffrey’s Bay, but today we’ll be talking about just one: The Corona Open J-Bay.

For those of you who might be unfamiliar with the world of surfing, the Corona Open is a surf contest that makes up one of the stops on the World Surf League Championship tour. Surfers from around the world come to compete in the hopes of winning and getting one step closer to ending the year in first place on the world rankings.

Last year was our first ever time getting the chance to be in town during the Corona Open, but because our first visit was on a lay-day (the contest can be called off at any time due to bad weather conditions, the presence of sharks, or a lack of good waves), this year was the first time we actually got to see the athletes compete! 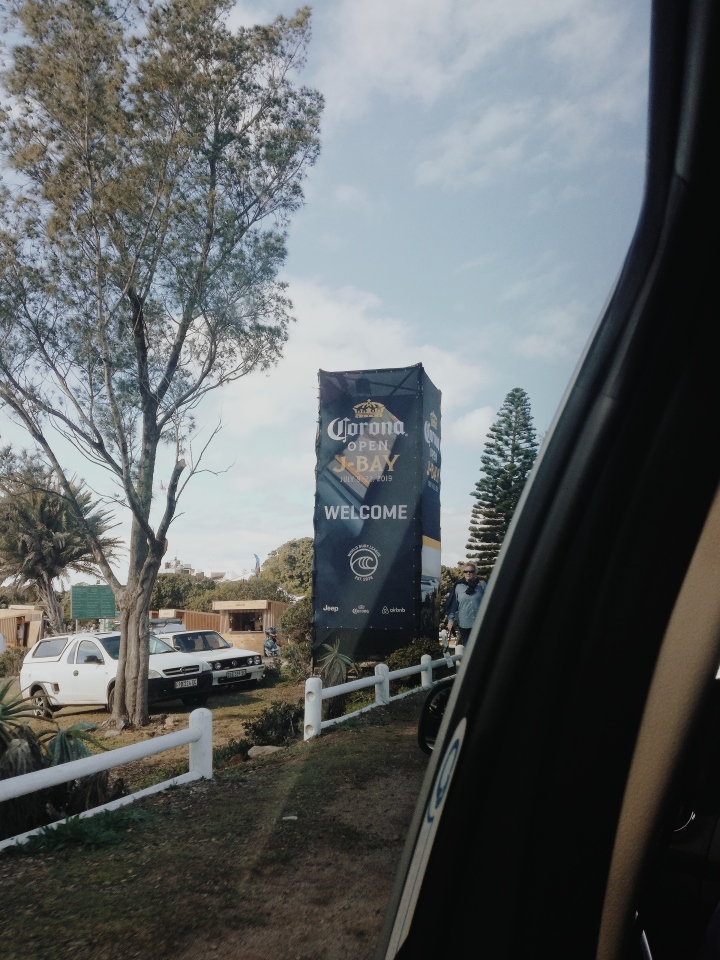 I’m glad we went on the very first day, because it meant that the beaches weren’t too crowded, and we got to meet so many of the athletes while walking around the beach. 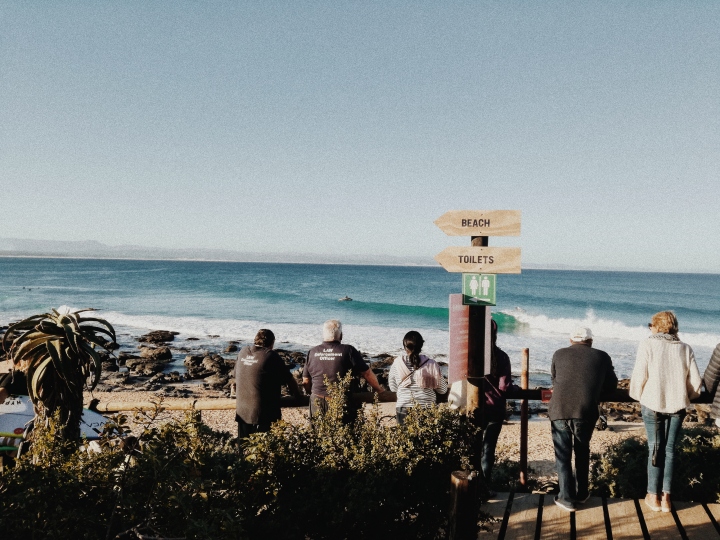 I wasn’t expecting us to run into so many of the surfers that I’ve spent the past year idolizing. I wish I could describe the froth (excitement) levels I was feeling but I can’t even put it into words, even now almost two weeks later.

The first athlete we ran into was Hawaiian surfer Seth Moniz, literally as we were entering! He was so sweet and all smiles when we stopped him to ask for pictures and an autograph. 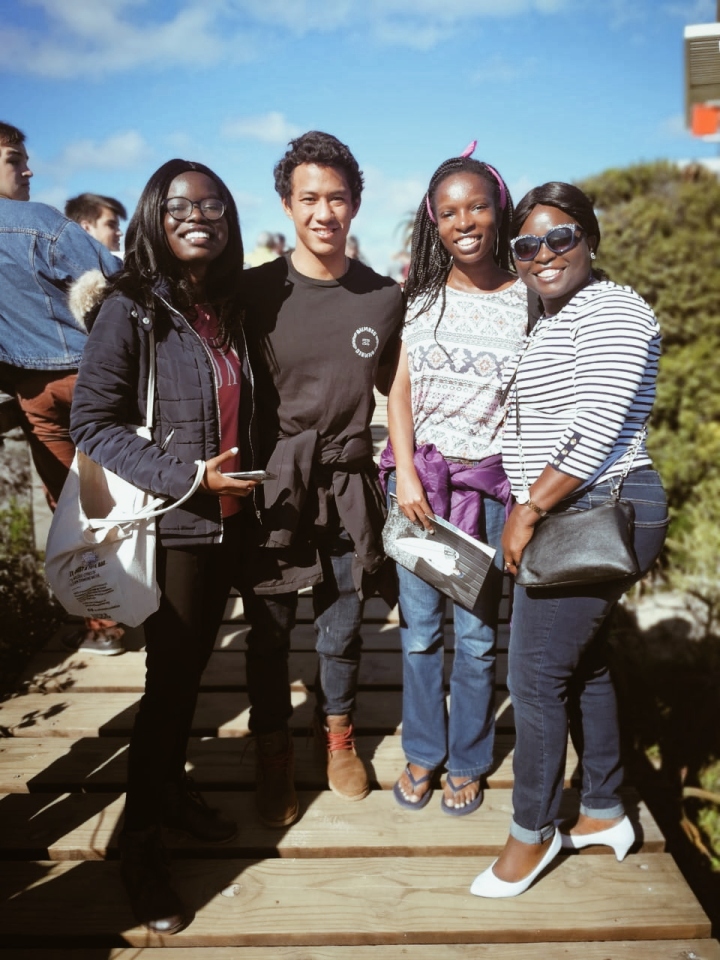 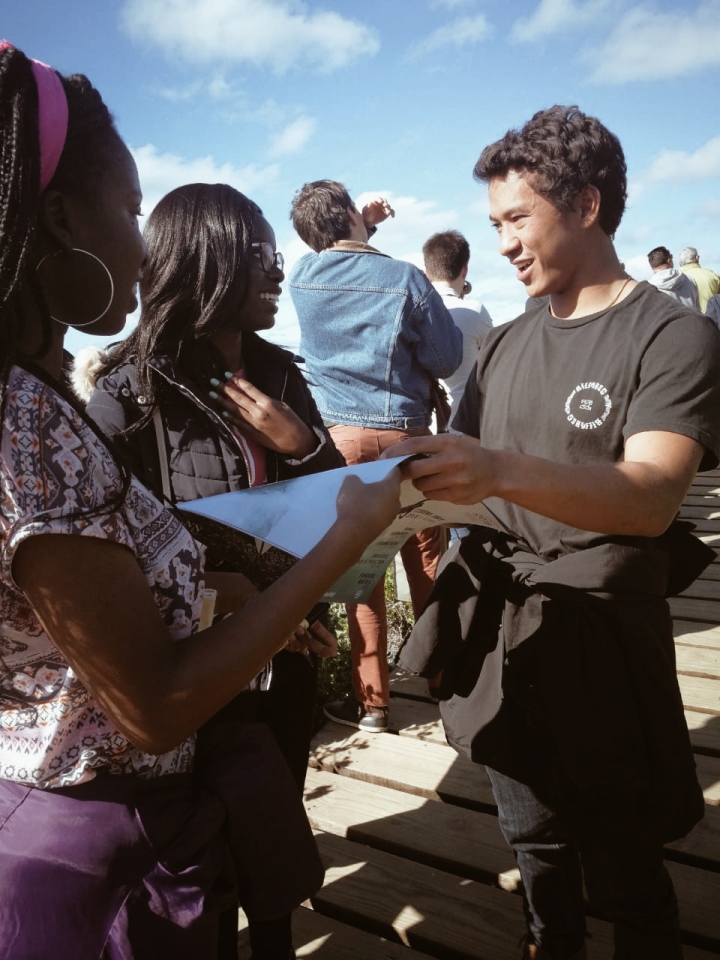 What I noticed with all of the surfers that we met that day, was how humble they all were in spite of their status and all the success they’ve achieved.

The next surfer we met was South African Mikey February, who is well known for his unique and distinctive surfing style and for being the first person of colour from South Africa to qualify for the championship tour. 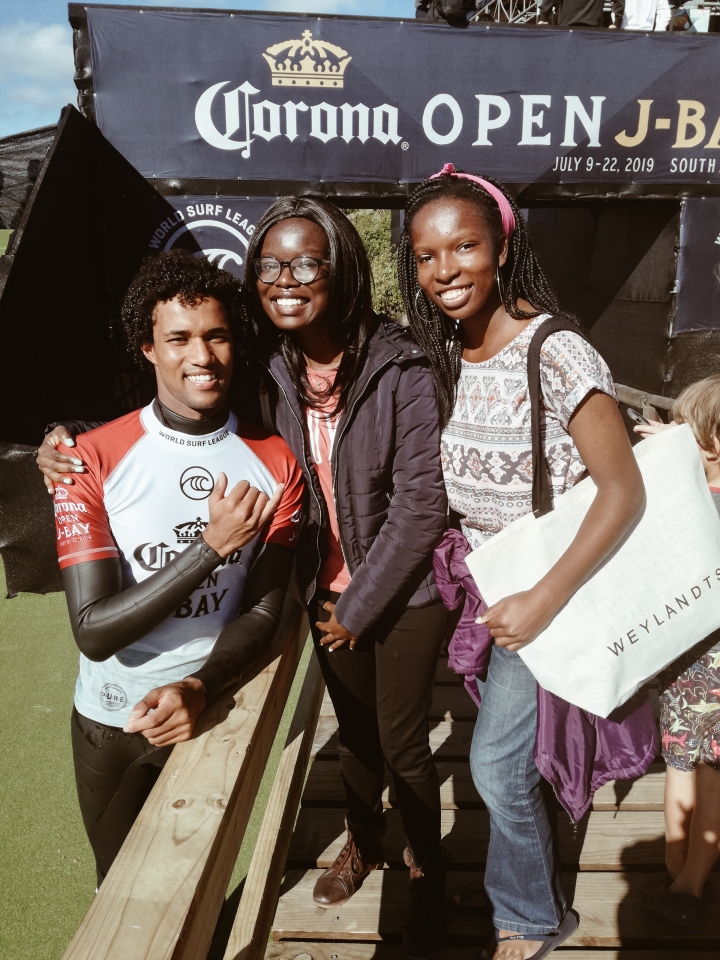 The waves that day were pumping, and it was so amazing to see all the pros racing down barrel after barrel with calculated precision. 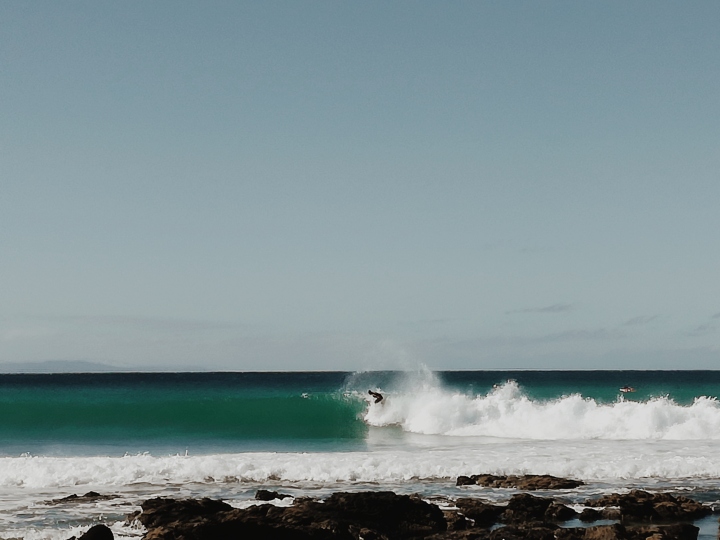 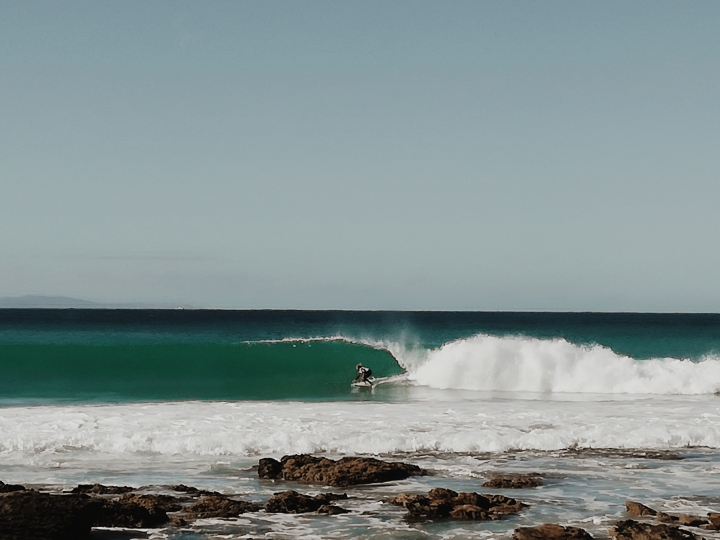 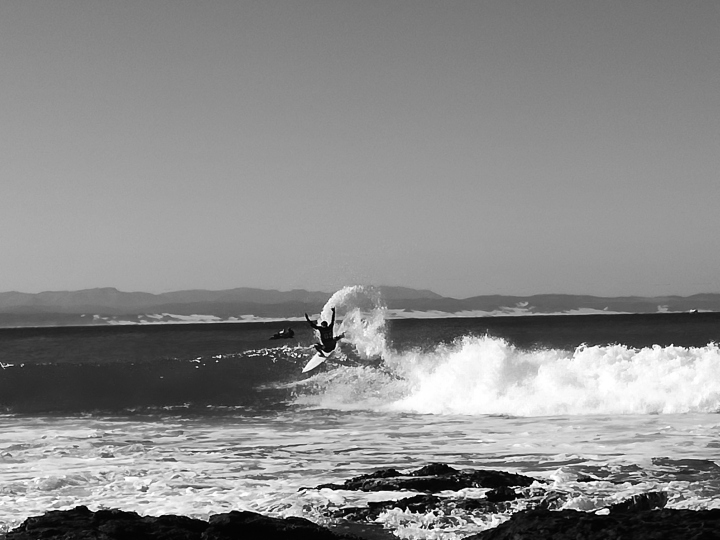 My Mom got a selfie with 11-time world champ Kelly Slater!! It doesn’t get any better than that… 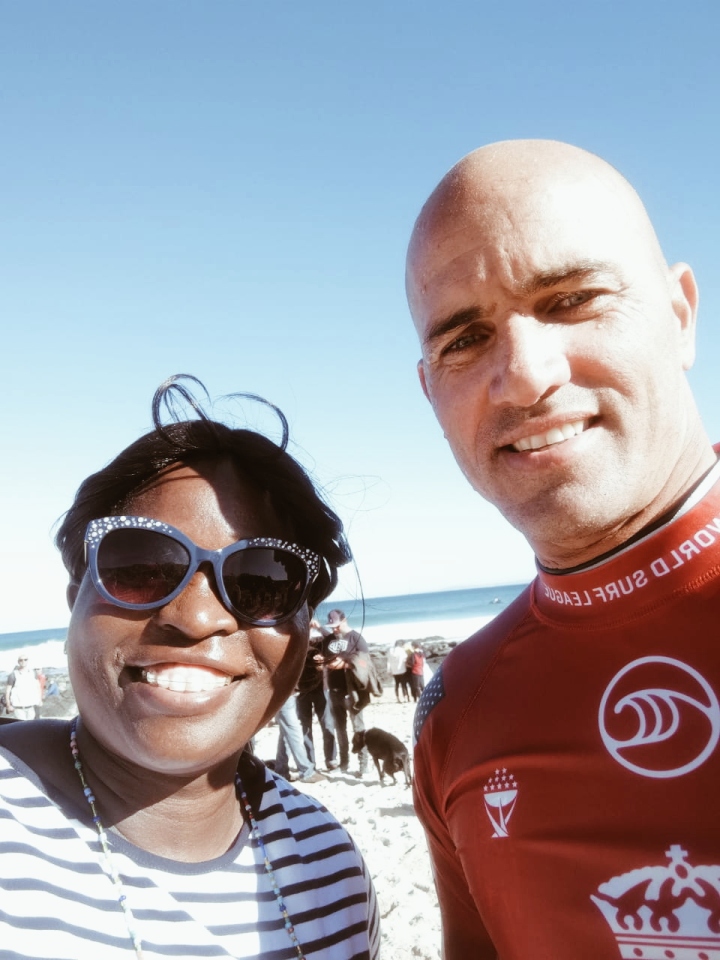 My sister Gloria and I managed to get a picture too! Kelly was a crowd favourite. Crazy to think that at the age of 47, he’s still competing! 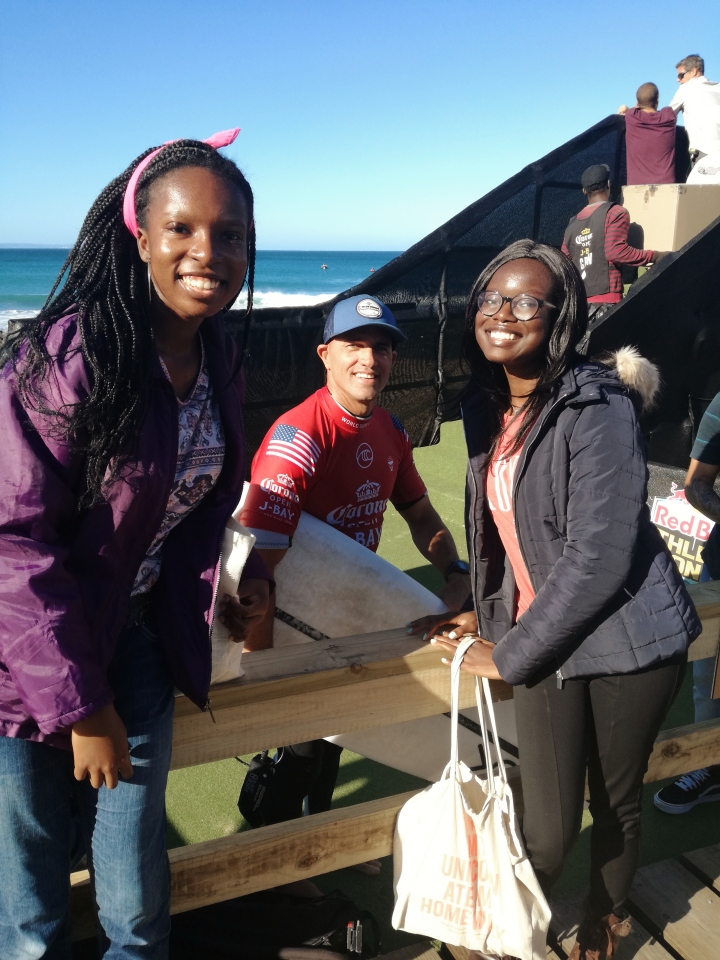 We had the pleasure of meeting Californian surfer (and major sweetheart) Sage Erickson! When I first got into surfing, Sage is one of the very first surfers I ever started following, and I remember seeing all her updates from Jbay last year and being so mesmerised by it all. Never thought that I’d get the chance to meet her. She was so wonderful. 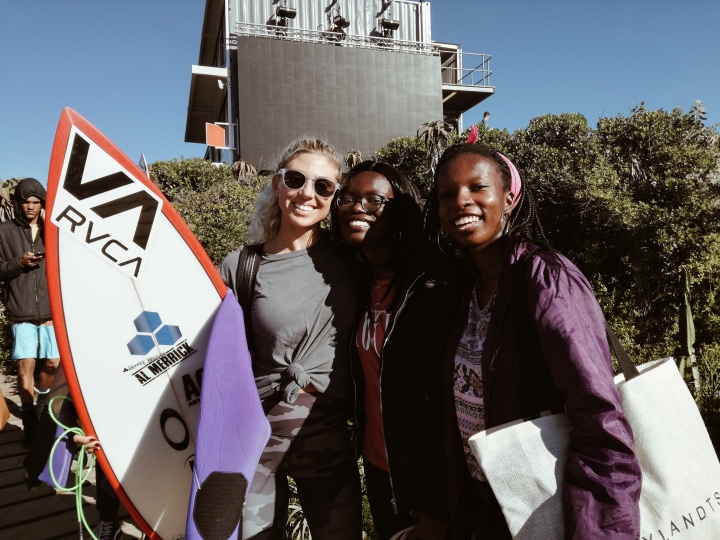 We had lunch at our favourite, favourite place – Nina’s! As per usual, the food was to die for. The veggie pizza we had was the best I’ve had in a long, long time. 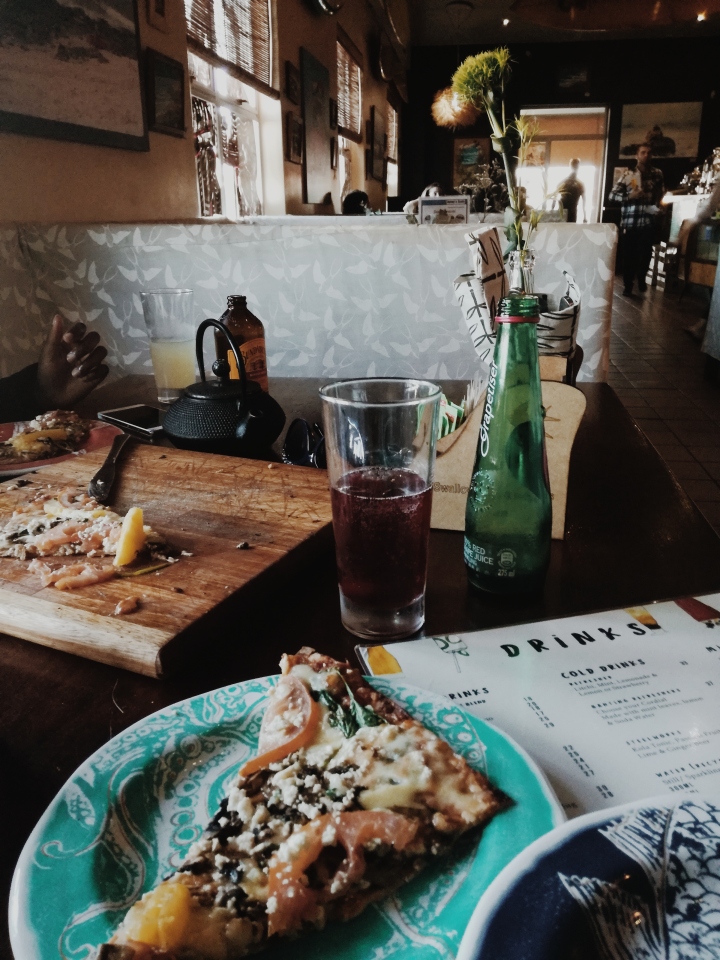 It was then back to the beach to watch some more surfing. Our day ended on the highest of high notes: We met the QUEEN herself, Australian 7-time world champ, Stephanie Gilmore!!!! We almost walked right past her too. I can’t beliiiieeeeve that we got to see her in the flesh, that moment still feels like something out of a dream. Steph is my favourite female surfer, and she was just as warm, gracious and kind as she appeared in all the interviews I’d ever seen of her. What a legend. 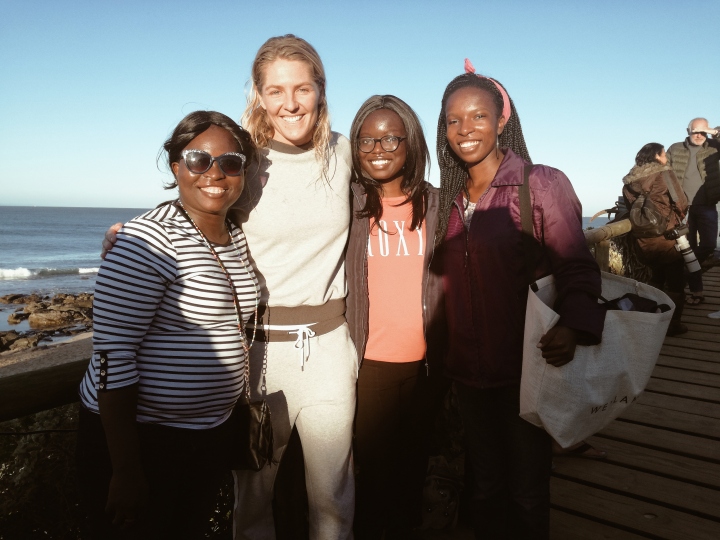 It was then back home to PE where I followed all the updates about the rest of the contest through the WSL, Zigzag and Hurley accounts on Instagram.

If you’ve been following the Corona Open J-Bay, you’ll know that Friday (July 19th) was finals day. In an unexpected turn of events, crowd favourite Filipe Toledo, who’s won at J-Bay the past two years in a row (2017 and 2018), came 3rd, and Gabriel Medina emerged as the overall winner over opponent Italo Ferreira in the final.

Watching the women’s final was a nail-biting ordeal that was almost too emotionally taxing to endure. I don’t think I’ve ever felt that stressed while watching a sport in my entire liifeee! Heck, I’ve never liked a sport enough to bother watching out of my own choice.

After a very close and fierce competition between Lakey Peterson and Carsissa Moore, Carissa bested her opponent, winning by 0.87 points. Cray-cray. I was surprised when I learned that Steph was beaten in the quarter-finals but I was still over the moooooon about Carissa’s win because it was just so. Well. Deserved. Describing losing during last year’s Corona Open J-Bay as the lowest she’s ever felt, it’s not hard to see why Carissa was so emotional about her win.

What a ride! I am still replaying everything that happened over and over in my head. This was such a special win. Last year losing in South Africa was probably the lowest I’ve felt. The journey to turn things around competitively hasn’t been easy and wouldn’t be possible without all the love and support from the people around me. I know it’s a long year, there is so much work left to do and the women are on fire but I am just so stoked, excited and grateful to be in this fight 😊❤️ Huge congratulations to @gabrielmedina on an inspiring performance as well as @italoferreira and @lakeypeterson so much respect for you 😊 Thank you to my Dad, @duncanscottsurfing and my incredible husband, Luke, for being in my corner. Love you guys ❤️ pics: @wsl @jackbarripp @tallteef @edsloanephoto

We took this picture with her during the very first day of the contest, so the fact that Carissa went on to win makes it that much more special.

If you’ve never been to J-Bay during the winter season, then I’d highly suggest giving it a visit during that time at least once in your life! The energy is infectious, the surfing is world-class and the athletes are so friendly and willing to stop and chat or take pictures. They don’t owe fans anything but they still choose to be so nice to everybody.

If you’re not into sports, the Jbay Winterfest has a whole host of other activities to choose from i.e free music concerts – yes you heard right, free music concerts. This year saw musicians Jeremy Loops, Matthew Mole, Desmond and the Tutus and so many more talented artists take the stage to keep visitors and locals alike entertained all night.

J-Bay is a gem, and if you’ve never gotten the chance to experience it’s magic, I hope you do soon. 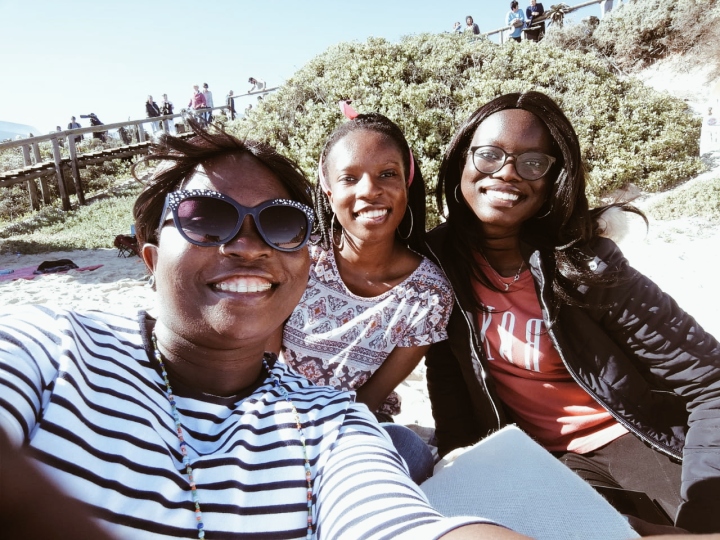